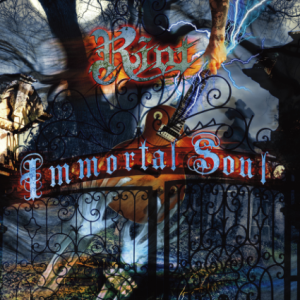 The title of this new Riot album says something about the band. Riot have been going at it for well over 30 years, yet success on a big scale has always eluded them.

After a long absence, the band is back in the Thundersteel line up, with the addition of long serving second axeman Mike Flyntz. So we get Mark Reale and Flyntz on guitars, drummer extraordinaire Bobby Jarzombek, Don Van Stavern on bass and Tony Moore.

Opening track “Still Your Man” references quite clearly to Thundersteel’s “Johnny’s Back” and sets the scene. Second tune “Riot” is a feisty up tempo headbanger with the focus on the twin guitars of Flyntz and Reale. “Crawling” is a tad slower, a menacing tune with a hint of the oriental.

Who needs the current crop of so-called “power” metal bands, when Riot serves up speed metal like “Wings Are For Angels”? The onslaught continues with “Sins Of The Father”, another scorching track.

“Fall Before Me” combines groove with epic melody and harmonies. It’s what Riot does, after all…

Short intrumental interlude “Majestica” hints at albums like Inishmore. The title track is a semi ballad, or as close as it gets on this blazing disc. “Insanity” is a bit messy, but the chorus is damn catchy. “Whiskey Man” wouldn’t have been out of place on Privilege Of Power, but it also references earlier incarnations of the band.

In “Believe” Moore goes for the high notes again. He’s straining a bit, it has to be said.

Album closer “Echoes” is a rather complex composition, with Moore yet again howling like a banshee.

Tony Moore has a recognizable voice, but he doesn’t constantly soar in the upper registers like he did some 20 years ago. There’s more variation in his voice. Jarzombek is one of the best metal drummers around. Together with Van Stavern he lays down a rock solid basis. Reale and Flyntz are two of the most underrated guitar players in metal. Some of the playing on this album is staggering. It always has been on Riot albums, especially from Thundersteel onward.

Of course, all that doesn’t amount to much if the songs are lacking. But if there’s one thing Riot has never lacked, it’s good tunes. While the production isn’t quite up to the level of Thundersteel or its follow up Privilege Of Power, it holds up to today’s standards.

Points of criticism? Sure. The vocal melodies are a bit forced at times. Moore’s voice may be an acquired taste. Some of the songs could have done with a bit more streamlining. But those are small niggles when faced with so fiery an album.

Riot have been producing quality heavy metal for ages. So far, they have received precious little recognition for it… Don’t let this band go the way of Metal Church, Jag Panzer and so many other great bands that have fallen by the wayside. 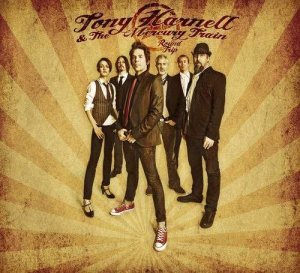 Not what I expected. That’s the least I can say about Tony Harnell’s latest project.
Harnell has decided to give us unplugged versions of some favourite songs from his 25+ year career. We’re all familiar with the roaring originals, so these subdued versions will probably strike you as a bit odd at first.

Of course Harnell’s voice is instantly recognizable, but the average hard rock fan would be well advised to listen before buying. The songs stand up well in their new guise (some of the new arrangements are actually bloody brilliant) but if you’re anything like me you’ll be left hankering for Ronnie Le Treko’s or Mark Reale’s blistering guitars. I have to say I was particularly curious about “10.000 Lovers” and I’m glad to confirm it’s one of the standout tracks here.

A very hard album to rate. Perfectly suited for a mellow evening with the missus. If you want to rock out there’s always the original versions by the respective bands.
From this point of view it easily rates an 85. It actually puts most bands’ pedestrian attempts at going unplugged to shame. If on the other hand you were hoping for a helping of heavy rock just steer clear…